On December 21, 2019, befell Tibet’s Butter Lamp Festival, which is held annually to commemorate the parinirvana of Tsongkhapa, on the Tibetan Lunar calendar’s October 25. The commemoration usually lasts for one day. And the activities include lighting up butter lamps on the shrines and roofs of the monasteries and temples as well as in the households of laypeople, and keeping them burning all night. 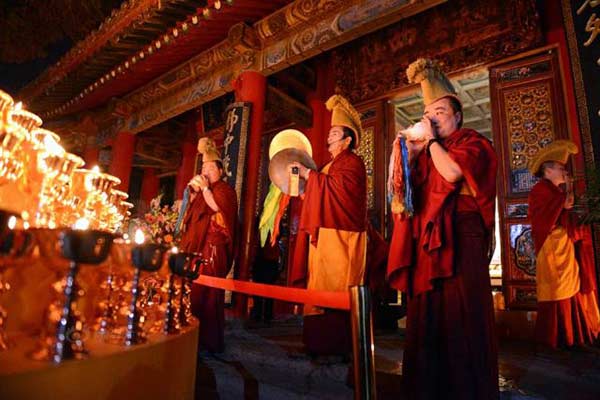 
What made the Butter Lamp Festival of 2019 different from the previous ones, was that it was the 600th anniversary of Tsongkhapa’s ascension to parinirvana. Jokhang Temple, Ganden Monastery, Tashilhunpo Monastery all held the traditional ceremonies to express the gratitude to Tsongkhapa and pray for the wellbeing of living creatures.

During the past festival, butter lamps were lit up with the characters of “600” to pay tribute to Tsongkhapa. The numerous lamps illuminated brightly, making a touching image of light river, which was magnificent and beautiful to behold.

Knowledge about the Butter Lamp Festival and Tsongkhapa 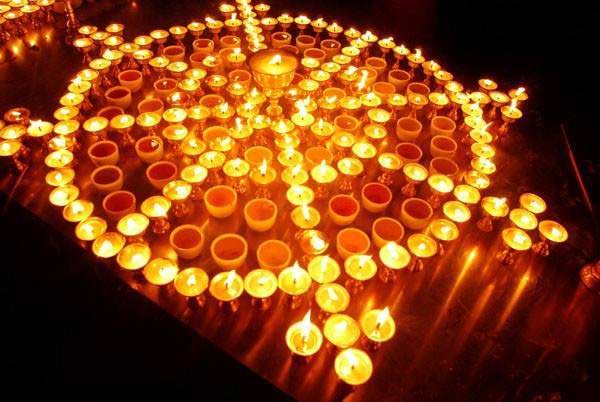 He was born in 1357 and died on October 25, 1419, according to Tibetan lunar calendar. When Tsongkhapa was a primary Buddhist monk, he was a devoted learner whose study involved eclectic sects then, absorbing the doctrines from Sakya School, Kagyu School and Nyingma School and some subsects. He strictly abided by the principles of Buddhism and praised deeds matching with words. He also spared no efforts to spread the spirit of Tibetan Buddhism, and gained his reputation through hard practices and philosophical achievements. Tsongkhapa was believed as the embodiment of the Manjusri Bodhisatta, also addressed respectfully as the Second Buddha.

During his time, The Tibetan Buddhism was going through its degeneration and suffering from the political struggle. Tsongkhapa wanted to create something totally different from the already corrupt religious systems. The religious reform led by Tsongkhapa, passed on by his disciples, had then brought a renaissance to Tibetan Buddhism.

Nyingchi Peach Blossom Festival-22 March 2020 The Nyingchi Peach Blossom Festival this year is confirmed as March 22, 2020. And the venue for opening ceremony is still in Gala Village, which is 17 km from Bayi Town, the city center of Nyingchi.
Nyingchi Railway Station will be open in October 2021 The whole construction project of Nyingchi Railway Station was expected to be completed and open in October 2021, the China Tibet News reported on December 31, 2019.

After the completion of the project, Nyingchi Railway Station will be Tibet’s third prefecture-level railway station providing passenger and freight service, after the regional capital Lhasa and the regional second largest city Shigatse.
Lhasa- Nyingchi highway to open by the end of July The high-grade highway between Lhasa and Nyingchi is expected to open by the end of July, 2015.
Tibet Airlines to open two new air routes Tibet Airlines will begin operating two new air routes linking Lhasa with Shenzhen and Changsha in China.
Everest Base Camp to Reopen Mt Everest Base Camp in Tibet will reopen to tourists on July 1st, according to local tourism authorities.
Top 10 news stories in Tibet in 2014 2014 is over, this news is about the 10 top stories happened this year.