Nyingchi Railway Station will be open in October 2021

The whole construction project of Nyingchi Railway Station was expected to be completed and open in October 2021, the China Tibet News reported on December 31, 2019.

After the completion of the project, Nyingchi Railway Station will be Tibet’s third prefecture-level railway station providing passenger and freight service, after the regional capital Lhasa and the regional second largest city Shigatse.

Currently, public transport and air transport are the only two ways to travel to Nyingchi, both of which are impacted greatly by the particular climate conditions in this region, which frequently leading to road block and grounded planes. Railway line will benefit the region with its higher transportation stability and larger transportation capability.

What’s more, Nyingchi Railway Station will serve as an important hub of China’s Southwest, as the important terminal station on the Sichuan-Tibet Railway line, connecting Lhasa and Nyingchi in Tibet, and also providing a link between Nyingchi and Ya’an(a city in West Sichuan Province). 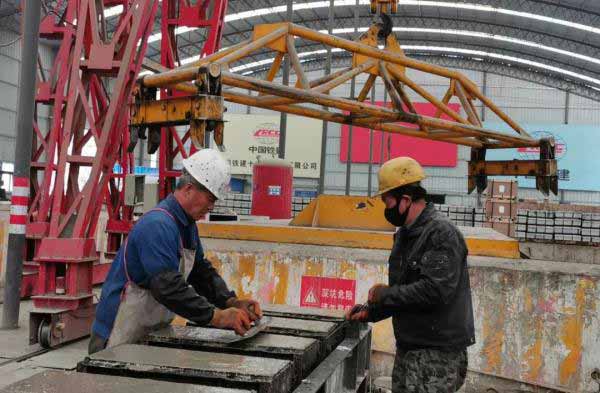 The reporter of China Tibet News witnessed that more than 100 workers were working on an 8.25-meter-tall framework set on the roof of the waiting hall of the Nyingchi Railway Station on the day. Parts of the bilateral underground structure had seen the completion of construction.

The site selection of Nyingchi Railway Station is in Zire Village, Bayi District, which is at a 19 km distance from the governmental seat of Nyingchi, the Bayi Town. And the station is only 30 km away from the Nyingchi Mainling Airport.

The total design construction area of the station is 15,000 sq. km. It includes two floors and one ground floor for underground passenger passage, space for fire-hydrant, fire pump and water pool. The main body of the buildings chooses framework made of steel and concrete. And the surface of the main hall uses the steel frame structure.

According to Mr. Wang Zhuopei, the deputy head of the Security and Quality Department at Tibet Railway Construction Co. Ltd, by the end of December 2019, the railroad subgrade construction of the Lhasa-Nyingchi section had been finished. The remaining unfinished work includes the attachment facilities of the railbeds and the greenery projects.

Current Situation of the Construction and Operation of Sichuan-Tibet Railway

On December 1, 2019, Lhasa-Nyingchi Section has seen the completion of the track laying reaching to the bridge over Yarlung Tsangpo River in Rong Village of Shannan City, TAR.

Sichuan-Tibet Railway will become another main line railway in China’s Southwest, enable the foreign visitors from Nepal and India to enter the inland China with another option in addition to flight and road trip; It will be the second railway into Tibet. The first one is the legendary Qinghai-Tibet Railway, starting from Xining and arriving at Lhasa.

Nyingchi Peach Blossom Festival-22 March 2020 The Nyingchi Peach Blossom Festival this year is confirmed as March 22, 2020. And the venue for opening ceremony is still in Gala Village, which is 17 km from Bayi Town, the city center of Nyingchi.
Butter Lamp Festival 2019 and the 600th Anniversary of the Parinirvana of Tsongkhapa On December 21, 2019, befell Tibet’s Butter Lamp Festival, which is held annually to commemorate the parinirvana of Tsongkhapa, on the Tibetan Lunar calendar’s October 25.
Lhasa- Nyingchi highway to open by the end of July The high-grade highway between Lhasa and Nyingchi is expected to open by the end of July, 2015.
Tibet Airlines to open two new air routes Tibet Airlines will begin operating two new air routes linking Lhasa with Shenzhen and Changsha in China.
Everest Base Camp to Reopen Mt Everest Base Camp in Tibet will reopen to tourists on July 1st, according to local tourism authorities.
Top 10 news stories in Tibet in 2014 2014 is over, this news is about the 10 top stories happened this year.