The calculation of Tibetan lunar calendar is complex. The regulation is that in different months, some day might be skipped and some doubled. In every month, there are 29.5 days. After a round of every 30 months, there will be one month added into the system. There are either twelve or thirteen months in a Tibetan calendar year.

So, the fun fact is that, in some year, the Tibetan New Year falls on the same day with the Chinese New Year. In others, there will be one-month gap between the two lunar calendars. Because there are not stable twelve months in each year of Tibetan calendar, accordingly, the right way to address a month or date is by ordinal numbers. For instance, we would say the first day of the first month of Tibetan calendar is when Tibetan New Year is celebrated rather than using January 1 to refer to the date. 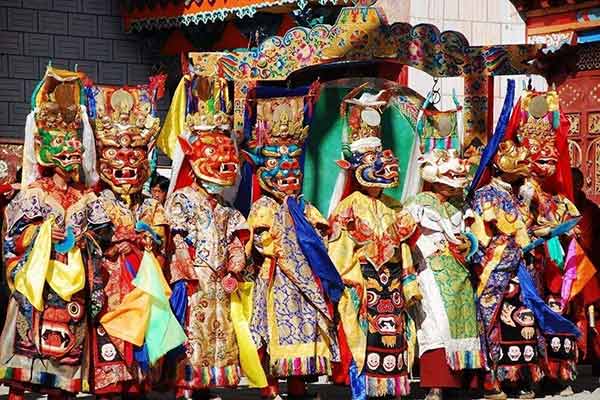 Facts about the several new year festivals celebrated in Tibet

Tibetan New Year, with the alternative name in Tibetan, Losar, marks the beginning of a Tibetan calendar year. Some regions in Tibet celebrate the regional new year festival earlier than the widely-celebrated Tibetan New Year, because of the large geographical size leading to different harvest time in that particular region. Some region has their own new year because of a historical tale. In Gongbu County, Nyingchi, people celebrate their new year on the first day of the tenth month in Tibetan calendar, which is two months earlier than the whole Tibet region. In Shigatse, people celebrate the local new year one month prior to the common Tibetan new year, which is on the first day of the eleventh month of the Tibetan calendar.

The close bond between Tibetan Buddhism and the Tibetan festivals

It has been fourteen centuries since Tibetan Buddhism became the most influential religion in Tibetan-inhabited areas. And besides the thousands of Buddhist monks and nuns, most of Tibetan lay people are also devotees of Tibetan Buddhism. Religion has been closely connected with their daily life. They take great significance of the spiritual world and pay humble attention to material life. Therefore, in almost all Tibetan festivals, can be found the trace of religion. Among them, the most important religious festival is Saga Dawa, which is to commemorate the birth, enlightenment, and parinirvana of Sakyamuni.

Buddha unveiling, one of the most intriguing parts of rituals in Tibet, is to display a giant Buddha thangka to the Buddhists and faithful pilgrims. It also has a practical function which is to give the painting a proper sunbathing so that the thangka could be free from mildewing and being damaged by worms. Along with the two Buddha thangka unveiling events in Tashilunpo Monastery and Ganden Monastery listed in the table above, Drepung Monastery (during Shoton Festival celebration) is also a great place to participate this ceremony. 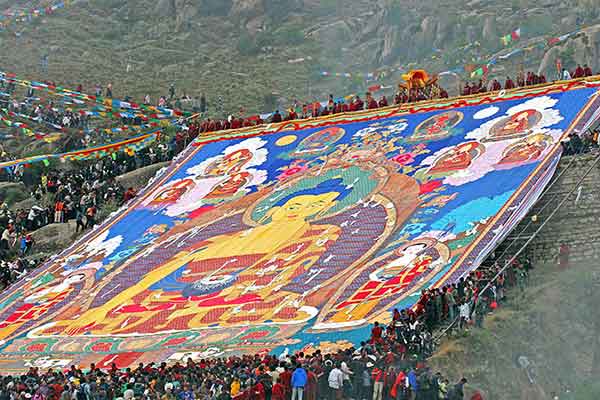 Peach Blossom Festival in Nyingchi (one of the seven prefecture-level cities in Tibet): With the very different climate and landscape from the rest of Tibet, Nyingchi is endowed with large forest coverage and teeming with amazing flora. The most famous natural attraction in Nyingchi is the numerous wild peach blossoms. Every March, these hidden beauties wake the valley up with the exquisitely beautiful pink flowers. Some of them are hundreds of years old. To promote the tourism of Nyingchi, the Peach Blossom Festival has been an annually held festival at the end of March in Nyingchi.

In Shannan region, alpine azalea is at the most beautiful in May and June. Festivals with the theme of azalea has now become an annual event in several regions in Shannan. The Azalea Festival is often held at the end of May, with the exact date announced in March.

You may be interested in the tour below:
Saga Dawa Festival Mount Kailash Kora in 15 Days 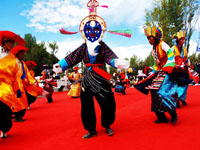 This page tells about some typical Tibetan art and culture.
Food & Drink 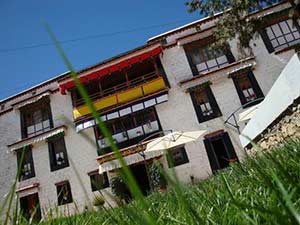